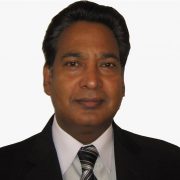 He has been working on non-communicable diseases, particularly on gene-nutrient interaction in obesity via tongue-brain-axis. His team is not only the pioneer to demonstrate the existence of the 6th sense of taste, i.e., taste for fat, implicated in the perception of dietary lipids, but also explored the taste signal transduction mechanisms that are altered in obese subjects. The taste sensor/CD36 genetic polymorphism in obese subjects is associated with high oro-sensory detection thresholds for dietary fat, and this phenomenon contributes to the aggravation of obesity. These clinical studies have been conducted on Algerian, Tunisian, Moroccan and Czech populations where junk-food intake is rapidly growing up. At present, his team is not only exploring the use of plant ingredients but also synthesizing new class of agents, as “fat taste modifiers” that will bring no calories and can be used to decrease the fat-eating behaviour in obese and diabetic-obese subjects.